Two Treks an Over 50s Woman and Her Trainer

The EBC trek. Me the over 50s anxious woman and her husband “The Trainer.” 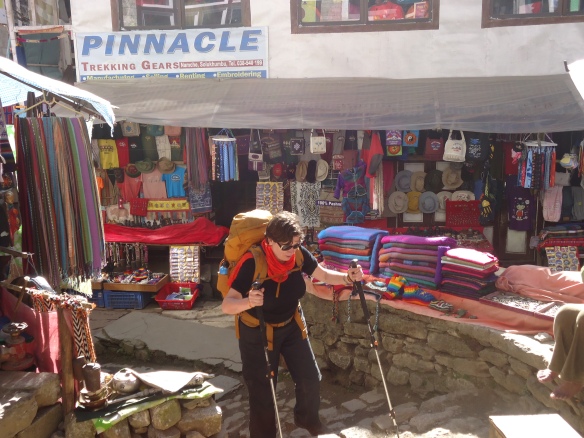 2013 Trek Coming into Namche – no porter this trek

Two treks. One in a quiet season in 2013 at the end of November to December where we didn’t get all the way to Base Camp. But we were hooked on the beautiful Khumbu region and it felt liked unfinished business. So we tried a second time.

Despite the Nepalese earthquakes in April and May last year, with our flights already paid for we decided to continue with our proposed trek. So in an even quieter season in late September to mid October 2015 we trekked and we this time we made it to Everest Base Camp and climbed Kala Patthar.

And yes, there may be another. 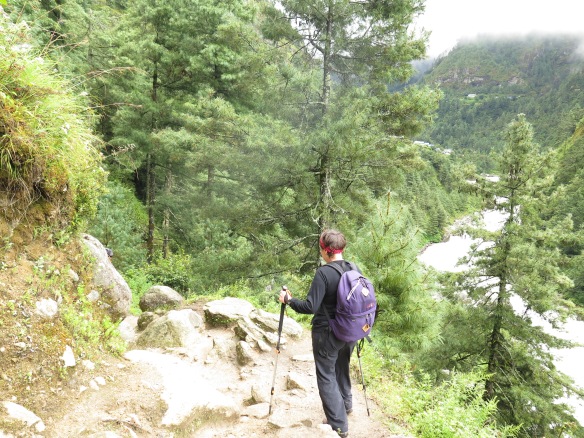 2015 Heading out for Namche Bazaar – with a lighter load we had a porter guide.

TIP: Take a porter and use trekking poles they make a huge difference. 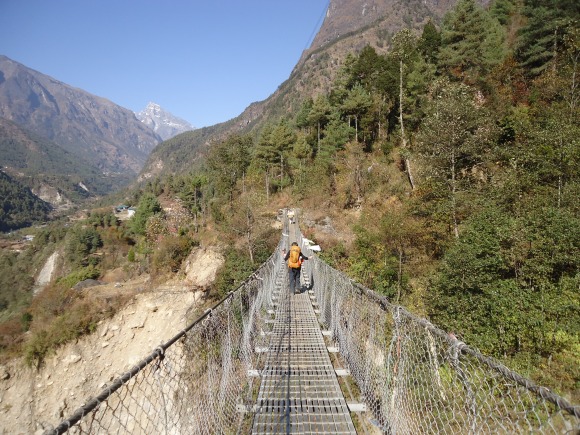 Mongla to Dole a short day’s walk on the way to Gokyo. Continue reading →

Sometimes First Impressions of a Place Are Not the Best

The Sherpa woman was squatting on the side of the trail on the path looking over the edge of the hill. Yelling. She wasn’t hysterical but she was very animated. Nepalese people are very calm and yelling just doesn’t fit with their character. They are very accepting and you don’t see them getting angry. As we got closer I could see she was yelling into her mobile phone. Bad reception perhaps? Finally we were close enough to see the problem. The woman was yelling at two teenage girls way down on the slope, maybe one of the girls was on the other end of the phone, although she could probably have her heard without the phone. She was directing them to round up a yak who was eating in a cultivated area where it obviously should not have been. The young girls where having some difficulty catching the yak because of the slope. It was quite funny but then again it wasn’t.

Mongla the Second Time Around

We were almost into the very small village when we witnessed the escaped yak scene and the scene is seared into my memory.