Bridges the Traffic Lights of the Everest Base Camp Trek

The last bridge before Gorak Shep, the last place with lodges before Everest Base Camp. That’s me and our porter guide just ahead.

Bridges are a common feature of the track as it crosses backwards and forwards over the magnificent roaring rivers snaking through the valleys.

The bridge at the meeting of the Khumbu Khola and the Inja Khola.

My first bridge at Chhepplung on our first trek (2013) and I can tell you I was very nervous crossing it. But the bridges carry lots of weight, porters carrying their loads, trekkers, yaks, donkey trains, sometimes the bridge can be full of donkeys. In fact the bridges act as a kind of traffic light on the EBC trek because the bridges are definitely one way. Trying to cross the opposite way to animals or other trekkers is not advisable.

Looking down at the lower bridge to Namche Bazaar on the climb to the higher bridge.

Yep the upper bridge is iconic bridge you see in the films which takes you to climb further to Namche Bazaar. And that’s my husband aka The Trainer  – he was the reason I crossed all the bridges. And those scary bridges took us to all the wonderful places below. 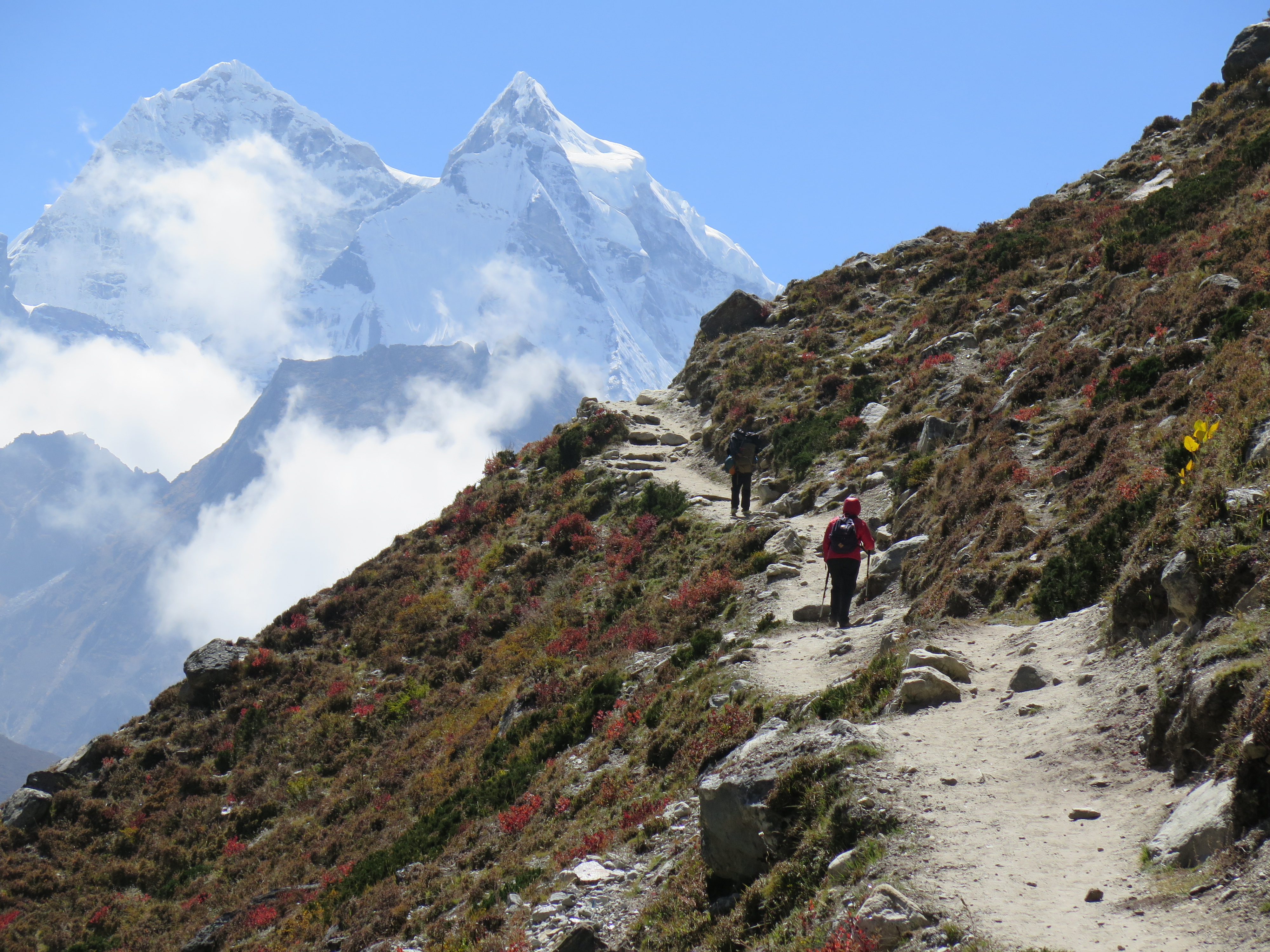 With the help of Basanta our wonderful porter guide, of course. The Team below – me, the Trainer and the Porter on top of Kala Pattar in front of Everest with Base Camp

Another post about the bridges. and then there are the mountains ……

After the 2015 earthquakes a Japanese company assessed the structure of the bridges.

All the photos with the exception of the one with me wearing the pumpkin coloured pack are taken on our September – October 2015 Trek.

38 thoughts on “A Snapshot of the Bridges to EBC”